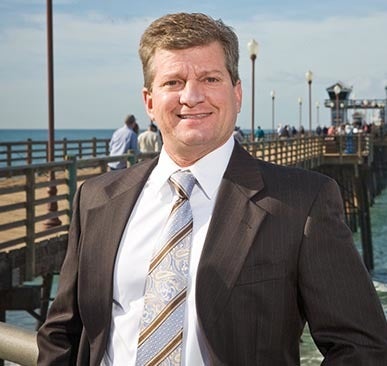 As the founder of the Kohn Law Office, Attorney Kohn has limited his practice to representing injured victims in car accidents, wrongful death, and premises liability matters since 1987. Mr. Kohn is a lawyer for people, and does not represent businesses, corporations or insurance companies.

He enjoys the personal and professional satisfactions that comes from helping injured people obtain full and fair compensation. He is a lawyer who empathizes with this clients, and takes the time to understand the unique effects of the injuries to the specific lifestyle of each client.

As an attorney for people, Mr. Kohn is attentive and responsive to his clients. Each client's case is personally handled by him, rather than by paralegals or office staff. He believes that a successful resolution of a case is only achieved if the client is satisfied with the result. He also believes that a satisfied client is one who is fully informed about the applicable law, facts, and available options. For this reason, Mr. Kohn is always accessible to his clients by phone and office visits. He is trustworthy, experienced, and aggressive.

Attorney Russell S. Kohn attended the University of Arizona in Tucson, Arizona where he obtained his Bachelor's Degree in accounting in 1981 and his Juris Doctor Degree in 1984. He was admitted to practice law in Arizona in 1984 and in California in 1985.

The experience and integrity he brings to each case has earned Mr. Kohn extensive recognition among his peers, including the distinction of being elected by his peers as President of the Bar Association of Northern San Diego County and thereafter elected to a three-year term as a director of the San Diego County Bar Association. He is listed in Best Lawyers and is among the top 5% of attorneys endorsed by Super Lawyers Magazine due to outstanding achievement.

For many years, Russell Kohn has had the distinction and privilege of acting as a temporary judge for the San Diego Superior Court presiding over personal injury settlement conferences, as well as small claims and traffic court cases. As of November 2015, he has been honored to be appointed to serve on the Board of Directors of the North County Bar Association's Lawyer Referral Service Program. In this position, he is able to advance public access to the judicial system.