Harmed Due To Mass Tort? 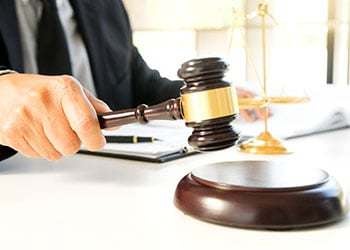 When many, many people are physically injured or financially harmed due to a single party or source, but they do not all experience the same negative consequences, mass tort litigation might be necessary. Most mass torts generally center on a defective product or dangerous prescription drug, but the source of a mass tort can be anything that brings wrongful injuries to numerous parties.

At Kohn Law Office, you can work with our mass tort lawyer, Attorney Russell Kohn, after you or a loved one have been harmed by the negligence of another party. Mass torts are notoriously complicated compared to traditional personal injury claims and casework, but you do not need to worry. Our highly experienced team is here to take all the guesswork and legwork out of your own mass tort claim.

Attorney Kohn has earned numerous professional distinctions for his skills and case results, including:

In a class action, all plaintiffs suffer identical or similar injuries from one party, and one or a few lawsuits are brought against the defendants. If the single case is a success, all the class action members succeed.

In a mass tort, plaintiffs suffer harm from one party, but the details of the harm vary. A general mass tort complaint is brought to a court for approval, which effectively involves convincing a judge or a panel of judges that the complaints have validity.

If the mass tort is approved, plaintiffs around the country can seek out a mass tort attorney to represent them in a case brought to a local court and pursue their share of compensation. Attorney Kohn can provide you with trusted, award-winning representation for your mass tort.

The top four reasons why people file mass tort lawsuits are, in no particular order:

Your Mass Tort Case Can Be Simple With Our Help

Do not get caught up on the complexities that can arise in the average mass tort lawsuit. Allow our mass tort lawyer from Kohn Law Office in Oceanside work out the key details and progress your case on your behalf. With a history of successful case results and a long list of positive client testimonials, you know you can place your case in our hands with confidence.